Truth Be Told with Jeff Belanger 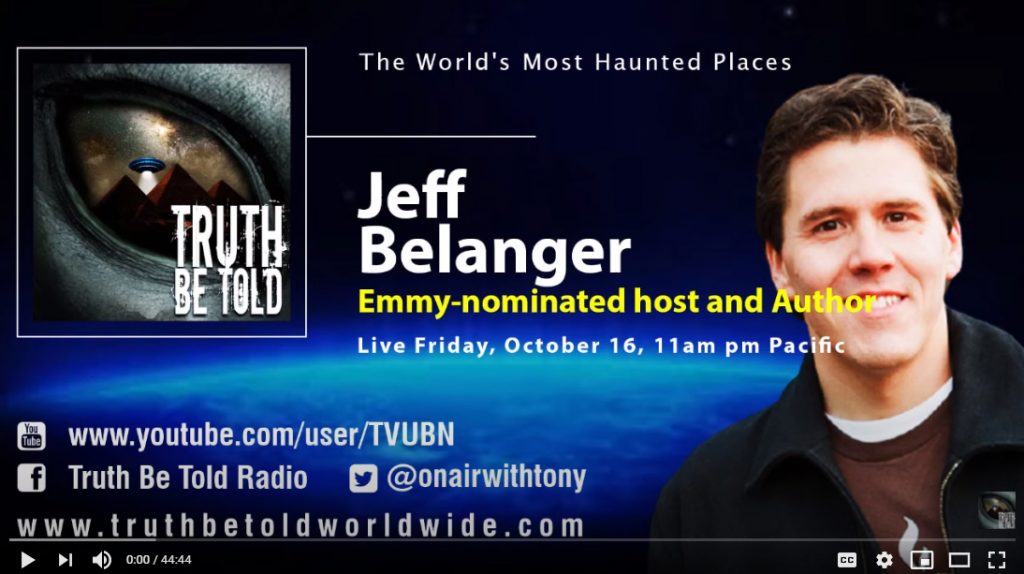 Tony Sweet of Truth Be Told interviews Jeff Belanger, who is one of the most visible and prolific researchers of folklore and legends today. A natural storyteller, he’s the award-winning, Emmy-nominated host, writer, and producer of the New England Legends series on PBS and Amazon Prime, and is the author of over a dozen books (published in six languages). He also hosts the New England Legends weekly podcast, which has garnered over 2 million downloads since it was launched.

Tony and Jeff talk about The World’s Most Haunted Places and The Call of Kilimanjaro.