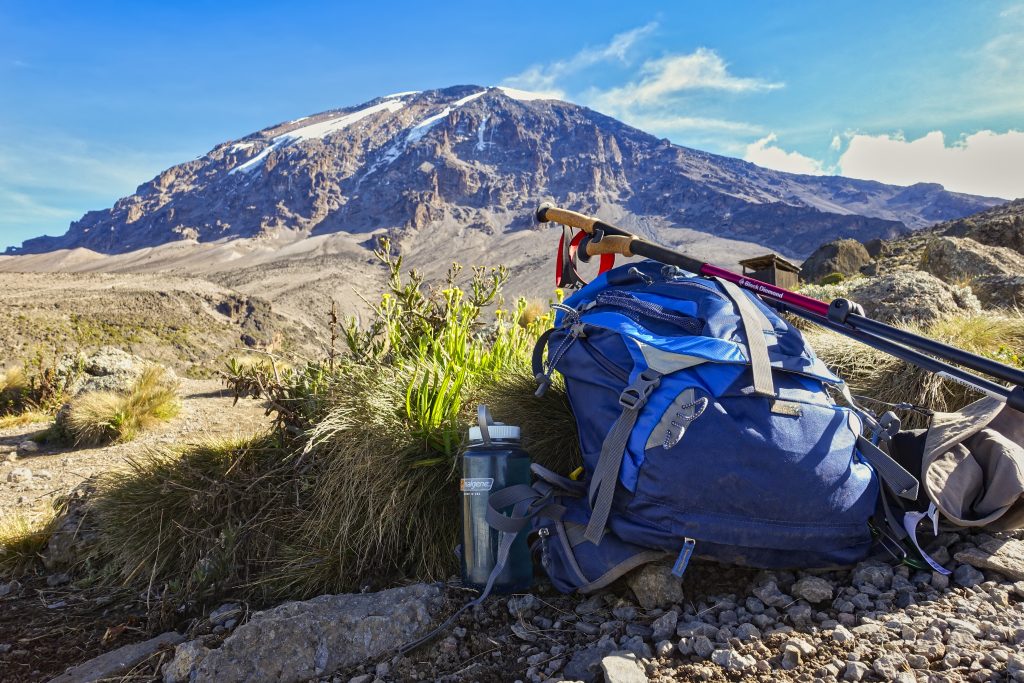 Belanger aims to raise over $25,000 for blood cancer research and treatment for those in need.

NATICK, MA, September 21, 2016—Local paranormal author Jeff Belanger knows about scary things like facing ghosts, monsters, and things that go bump in the night. But those fears pale in comparison to watching a loved one die from cancer. Today Belanger announced that in March of 2017 he’s going to climb Mt. Kilimanjaro in Tanzania in an effort to raise at least $25,000 for the Leukemia & Lymphoma Society (LLS).

Mt. Kilimanjaro is 19,341 feet tall. It’s the largest mountain in Africa and the highest free-standing mountain in the world. Belanger’s route will take him 45 miles from the Serengeti to the summit and take eight days to complete.

“Before I climb Kilimanjaro, I have a financial mountain to climb,” said Jeff Belanger. “I’m asking for $19.34 from everyone who donates. That’s one penny for every ten feet I need to climb. I’m counting on my friends, family, and community to help support the Leukemia & Lymphoma Society and wipe out blood cancer.”

All donations are tax-deductible and go directly to the Leukemia & Lymphoma Society. Belanger has set up the http://pages.teamintraining.org/ma/mtklmjr16/JBelanger link to direct donors to his Team-in-Training page at LLS.

“All of us are affected by this,” Belanger said. “I’ve watched family and friends lose their lives to cancer, and I know that it can also bring out the best in people. This is what I’m doing to help.”

Belanger plans to write a new book about the experience.

About The Leukemia & Lymphoma Society
The Leukemia & Lymphoma Society, a 501c3 non-profit organization, is the world’s largest voluntary health agency dedicated to blood cancer. Founded in 1949, the LLS mission is “Cure leukemia, lymphoma, Hodgkin’s disease and myeloma, and improve the quality of life of patients and their families.” LLS funds lifesaving blood cancer research around the world, provides free information and support services, and is the voice for all blood cancer patients seeking access to quality, affordable, coordinated care.

Belanger is climbing to support the Massachusetts chapter headquartered in Natick.

About Jeff Belanger
Jeff Belanger is the Emmy-nominated host and producer of the New England Legends series on PBS, he’s the author of over a dozen books on the paranormal (published in six languages) including the best sellers: The World’s Most Haunted Places, Weird Massachusetts, Our Haunted Lives, and Who’s Haunting the White House? (for children), and he’s lectured all over the world on legends and folklore. Belanger has written for newspapers like The Boston Globe and USA Today, and has served as the writer and researcher on numerous television series including Ghost Adventures, Paranormal Challenge, and Aftershocks on the Travel Channel, and Amish Haunting on Destination America. He’s been a guest on hundreds of radio and television programs including: The History Channel, The Travel Channel, Biography Channel, PBS, NECN, Living TV (UK), Sunrise 7 (Australia), The Maury Show, The CBS News Early Show, CBS Sunday Morning, FOX, NBC, ABC, and CBS affiliates, National Public Radio, The BBC, and Coast to Coast AM.

One thought on “Jeff Belanger to Climb Mt. Kilimanjaro for the Leukemia & Lymphoma Society”