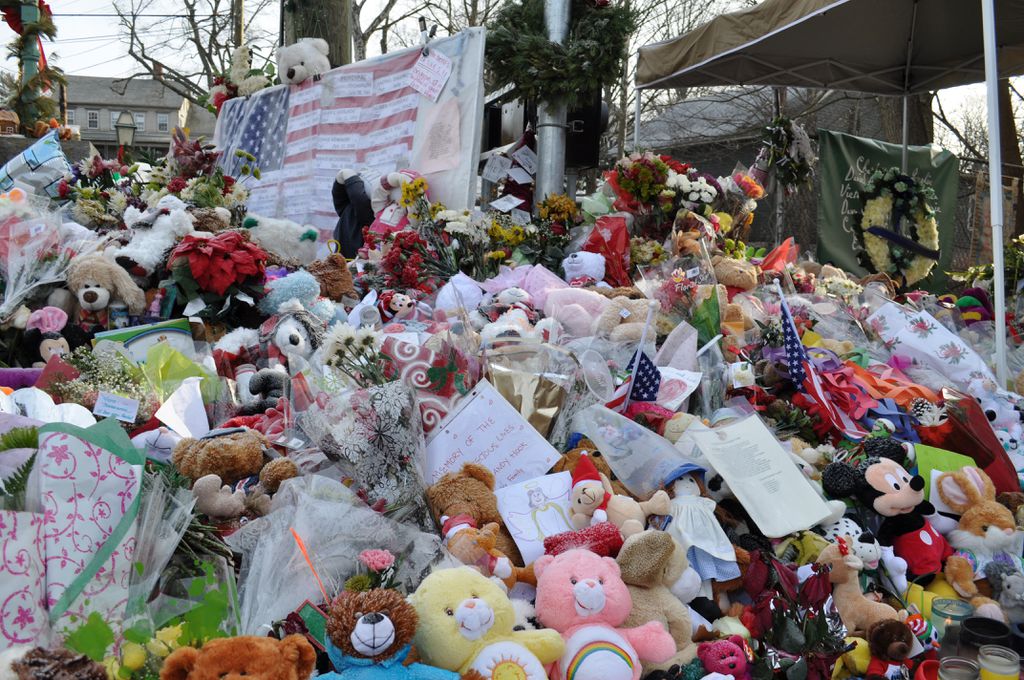 The ancient Mayans are right: The world ends this week. That doesn’t mean I’m not making plans for any event beyond December 21st. In fact, my family just decided that we will be spending Christmas in Newtown this year. But the world as we knew it must end. And I’d like to thank 26 heroes for showing us why.

In 1985, my family moved to Newtown, Connecticut. I attended fifth grade at Sandy Hook Elementary School. I recall the giant green footprints that were painted on the street from Riverside Road up to the school’s entrance; I remember Mrs. Paige, my fifth grade teacher; and I recall my friends—carefree, learning, trying to be cool—exactly the way elementary school kids are supposed to be.

I am forever a part of that school and town, and it is forever a part of me. I share a kinship with every person who was a student there, who taught there, who walked those halls, and who had a connection with the building. If you were to draw a line between all of those people and all who knew them, it would include a community of millions of human beings. I’m not only saddened by the atrocity that took place at my old grammar school, I’m broken… and ready to be rebuilt.

It’s been surreal watching 24×7 television news plastering images of my childhood everywhere. The police press conferences are being held at Treadwell Park, a place where I’ve played in hundreds of soccer games. St. Rose of Lima Church is the church where I was confirmed. Sandy Hook center is an intersection I’ve driven through thousands of times. That firehouse and school—less than one mile from the house I grew up in, and the house where my parents still live—are landmarks that we passed almost every time we went anywhere. I can’t help but feel naked and vulnerable as the world peers into my hometown.

But since the world is watching, that amazing community has an opportunity to make a stand and say something both comforting and profound here at the end of the world.

It took 26 angels—most of them young children—to accomplish what no single person could have done alone. They made the world stop turning. They made all of humanity pause. They forced us to ask ourselves, “What’s really happening to us?” The ancient Mayans may have predicted the end of the world this week, but these 26 heroes fulfilled it.

These fine human beings caused billions of extra hugs in recent days. They started dialogues that need to happen. They woke up a town, a state, a nation, and a world to what really matters. They did not die in vain. It’s our duty as humans to carry on their legacy.

The person who won’t be named is the shooter. Names belong to people. He doesn’t deserve his. The 26 angels are all that matter.

But the shooter also had his role to play. It took only one monster to remind me that people are good, kind, and selfless. Fred Rogers once said, “When I was a boy and I would see scary things in the news, my mother would say to me, ‘Look for the helpers. You will always find people who are helping.’”

There was only one monster Friday morning, but hundreds of helpers who ran in—and those are just the first responders. As word spread, you had thousands then millions more who pledged prayers, support, and money to help in any way they could.

Even in the darkest corners of this tragedy, we find light. The word “hero” is thrown around too much today, but already we have heard stories of true heroism from Sandy Hook. Victoria Soto, a first grade teacher, thought quickly when she heard shots fired in her school. She hid all of her students in closets and cabinets. When the gunman entered her classroom, she told him her kids were in the gym. The coward then shot the defenseless teacher. She was quick-thinking, brave, and selflessly traded her life for those of her students. That is a hero. We should name towns and streets after her. But no amount of honor will ever be enough. Each of her students will be greater people because of her. They will guide us into this brave new world.

On Sunday, President Obama visited my quiet hometown to help console the victims’ families and a grieving nation. While it was right for him to do so, it saddens me that any United States president would have ever even heard of my little town.

As one of my high school friends pointed out in his Facebook post, “The last time shots were fired like this in Newtown was during the Revolutionary War when Rochambeau’s army took practice shots at weather vanes.” This stuff doesn’t happen in Newtown. It shouldn’t happen anywhere.

When the prayers have been said, and the condolences offered, next I will focus this energy on myself, on my family, and those around me. I can be more active in my community. I will try to right the tiny wrongs I encounter in my everyday life. I can hug and appreciate my five-year-old daughter a little more each day. That is a gift 26 angels gave to me on Friday.

I moved away from Newtown after college. But I’ve never lost touch. My parents live there, as do my sister, my uncle, and so many friends. Today as I write this from my office in Massachusetts, I’ve never felt so close to, yet so far away from my hometown. I’ll be there for Christmas because there’s no place on Earth where hope could shine any brighter. There’s no town or village that understands the word “community” better than Newtown. This is a place that comes together to help each other in times of need. They’re strong in their faith, conviction, and spirit. And that’s what this holiday is supposed to be about.

I can’t help that the name Newtown will become synonymous with this tragedy. But as the world watches, may they see the light that shines out of every person who shares the unimaginable pain of our neighbors who lost a child, a parent, a spouse, or a friend. Long after the cameras are off and the news vans pull out of town, that light will continue to glow thanks to 26 angels and so many heroes who reminded the world of our humanity.

Yes, the world as we know it has ended, which makes this a time for new beginnings. I’ll work each day to make this new world a better place than the old… and Mom and Dad, I’ll be in Newtown for Christmas. Newtown is home.

Jeff Belanger is a member of the Board of Directors at the Newtown Memorial. Please donate at our Web site:  http://newtownmemorialfund.org/ and like us on Facebook: http://www.facebook.com/NewtownMemorialFund

Donations for the families can also be made here: https://newtown.uwwesternct.org/

This organization is also accepting donations for the families and survivors: http://www.MySandyHookFamilyFund.com

81 thoughts on “Christmas in Newtown, Connecticut”