Star Wars: May the Fourth be with You 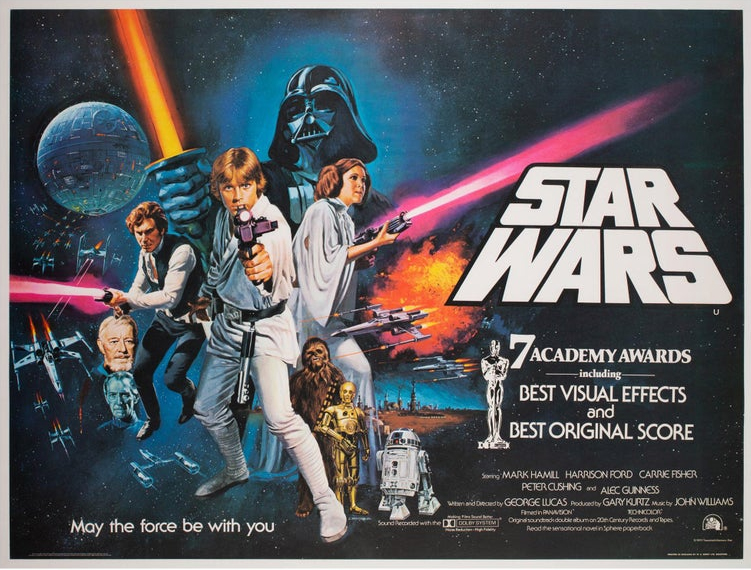 May the Fourth be with you! (My Catholic friends can reply, “And also with you.”) Happy Star Wars day!

What started as a bit of a pun-gag years ago has evolved into an annual pop culture celebration of a movie franchise juggernaut. In full disclosure, I’m all-in on this one. Way back in 1977, this was the first movie three-year-old Jeff saw in a movie theater. It left an impression. I’ve seen every movie since (more than once) and will continue to buy anything the Star Wars gods of Disney choose to sell me. Star Wars the polka musical? Okay! Star Wars on ice? Fine! Star Wars with all the dialogue in Wookie (with no subtitles)? I guess so, but I’ll only see it three times.

In fact, everything I needed to know about life, I learned from watching Star Wars.

I learned there are good guys, and there are bad guys. If someone is watching my movie, I want to be the good guy.

I learned that even the bad guys have good in them. And even the good guys have bad in them. We win the day when we suppress the bad and foster the good.

I learned that there is magic in the world. Some of us are more in-tune with it than others.

I learned that while lying on the couch, no matter how much I “stretched out my feelings,” I still couldn’t get the TV remote that sat just-out-of-reach across the coffee table to fly into my hand like Luke Skywalker’s lightsaber in the Wampa cave. (That doesn’t mean I don’t still try.)

I learned that revolutions are built on hope. And that hope may be even more powerful than the Force.

I learned that we all need help on our epic quests in order to reach our full potential.

I learned that help is sometimes found in the strangest of places and from the most unlikely of characters.

I learned that no matter how imposing the opponent, there’s always a weakness in the system; you just need to find a way in.

I learned not to judge a person by their size, or a ship by its façade. Sometimes a bucket of bolts can still be the fastest ship in the galaxy.

I learned that I should do, or do not. There is no try.

Grammar, I learned, sometimes matters not.

I learned that even when the odds of success are approximately three-thousand-seven-hundred-and-twenty to one, there’s still a chance. (I also learned that you should never tell me the odds.)

May the Force be with you, my friends.