New England Legends Host and Podcaster Shares Message of Hope and Motivation in First Memoir: The Call of Kilimanjaro 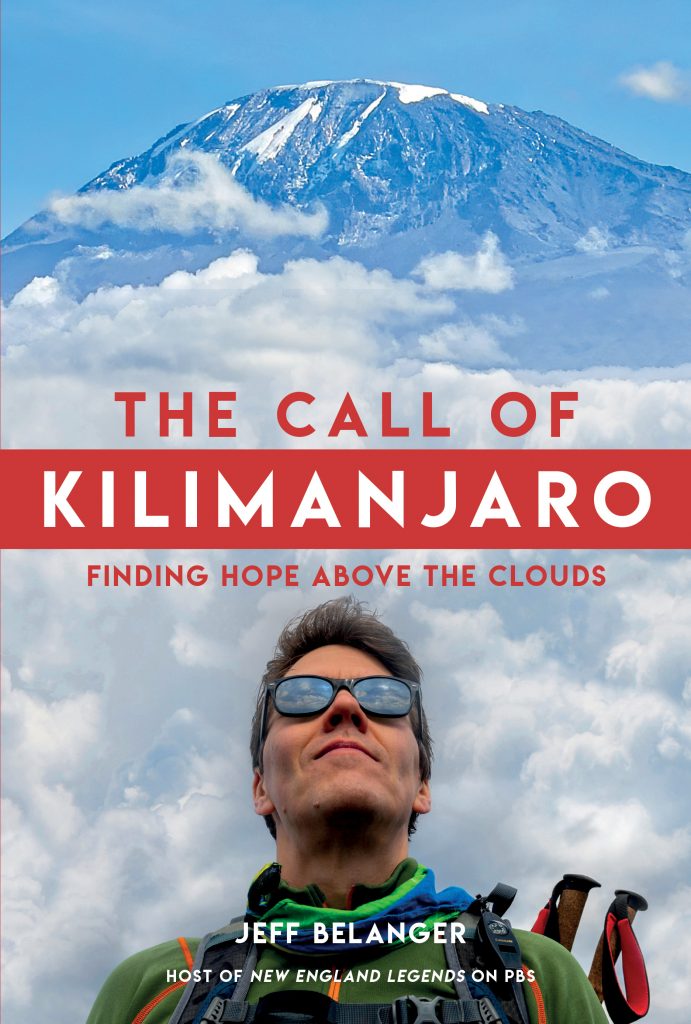 WATERTOWN, MA, MARCH 9, 2021 – Imagine today announced the publication of Jeff Belanger’s latest book, The Call of Kilimanjaro: Finding Hope Above the Clouds. After losing his brother-in-law Chris to cancer, Belanger made the decision to summit Mount Kilimanjaro as a testament to his memory. But this experience was just as much to test himself and find clarity about his own life and goals. The Call of Kilimanjaro is a day-by-day record including dozens of stunning full-color photographs of Belanger’s ascent to the peak of Africa’s highest mountain.

“For me this journey was as much spiritual as it was physical,” said Jeff Belanger. “After losing Chris, and facing my own mid-life, I wanted to challenge myself and take on something big. This African experience changed my life. I came home a better man. I’m thrilled to share my story with others.”

By turns contemplative and irreverent, joyful and thoughtful, this is a memoir for the armchair traveler and those seeking spiritual refreshment. By example, Belanger teaches us to take stock of our accomplishments, eye the lofty goals we’ve placed in front of ourselves, and push higher than we’ve ever dared, turning an honest eye toward past, present, and future, through the end of life and beyond.

“My own journey to the summit of Kilimanjaro opened me to a life of adventure, and this book brought me right back to the slopes of that magical mountain,” wrote Josh Gates, explorer, author, and host of Expedition Unknown on Discovery. “This is an honest and affirming tale of embracing the unknown and of the transformative power of nature. Jeff’s journey is an invitation to all of us to get outside our comfort zone, see the world, and let it change us.”

Belanger climbed Mt. Kilimanjaro as part of the Leukemia and Lymphoma Society’s (LLS) Team in Training program. A portion of the proceeds from this book will go to benefit LLS.

“When I started to raise money for LLS in conjunction with my Kilimanjaro climb, I set my personal fundraising goal at $19,341 – or one dollar for every foot of altitude to Kilimanjaro’s peak,” said Belanger. “I fell short, raising just over $17,000. With some of the proceeds from this book, I intend to complete that challenge.”

Belanger will be providing a series of live, virtual multi-media programs based on his new book for libraries, theaters, corporations, and other venues in the coming months. Visit his Web site for a complete listing.

About Jeff Belanger
Jeff Belanger (jeffbelanger.com) is an author, adventurer, journalist, and one of the most visible explorers of the unexplained. He is also the Emmy-nominated host, writer, and producer of the New England Legends series on PBS and the weekly New England Legends podcast. He’s been a guest on hundreds of television and radio networks and programs, including History, Travel Channel, Biography Channel, PBS, CBS Sunday Morning, NPR, BBC, and Coast to Coast AM. Jeff lives near Boston, Massachusetts.

About Imagine
Founded in 2009, Imagine is a division of Charlesbridge Publishing that focuses on adult trade books with an eclectic list of nonfiction titles. Their books are distributed through Penguin Random House.